Skip to main content
“It is clear that we need to scale up ambition in support of the post-2020 global biodiversity framework. We need smarter, more efficient policies to safeguard biodiversity as much as we need to find ways to integrate the values of biodiversity into boardrooms.” -- Elizabeth Maruma Mrema, Executive Secretary of the UN Convention on Biological Diversity

The 2020 Union for Ethical BioTrade (UEBT) Biodiversity Barometer, was published in November 2020. The report asks consumers what they know about biodiversity, and what they expect from brands. This year marks the end of the United Nations Decade on Biodiversity, and is also the last year of the Barometer. These ten years have seen increased discussions and efforts on biodiversity, with biodiversity gaining unparalleled momentum as a global issue of concern.

One major takeaway from the research has been that consumer awareness of biodiversity has increased each year over the last decade.

Other key findings include: 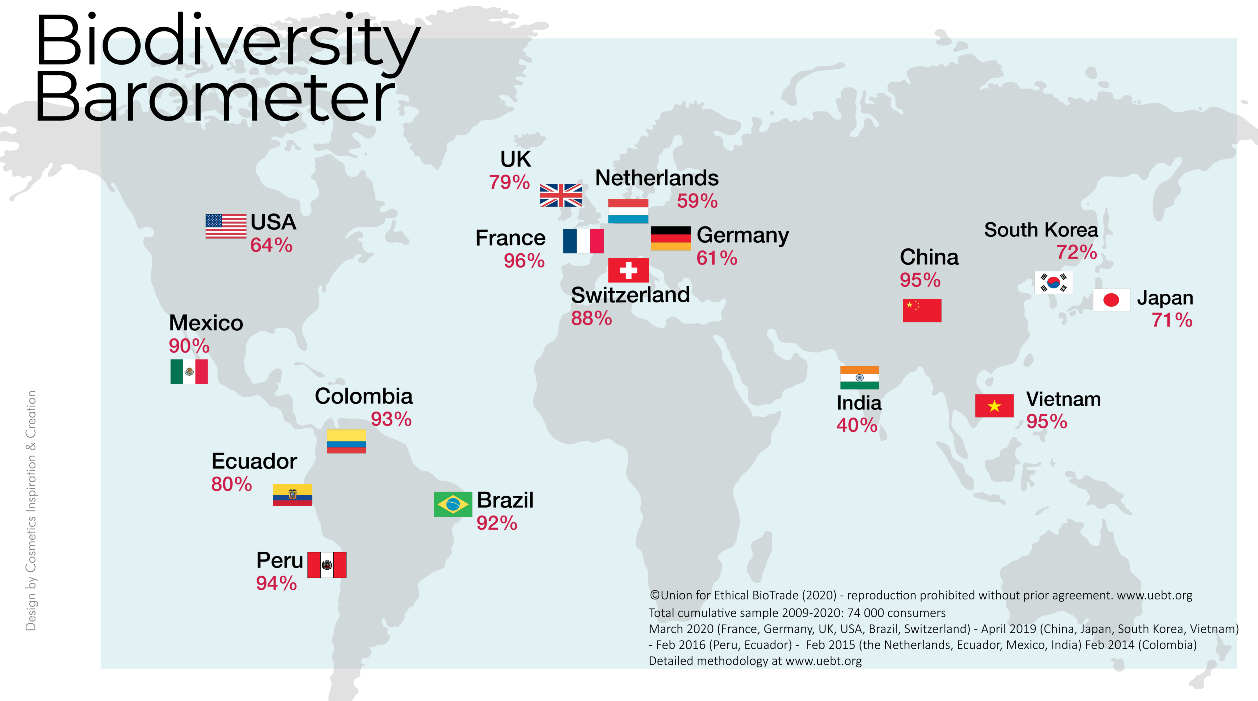