Skip to main content
From ground-breaking research to high-level political engagement, 2019 was a consequential year for biodiversity, and 2020 promises to be even more impactful. Here are some of the moments that made a difference this year and a sneak peak at the ‘super year’ ahead.

Five Moments that Made a Difference for Biodiversity

One million species are now at risk of extinction. This dire warning from the Global Assessment Report on Biodiversity and Ecosystem Services shocked the world in May. Published by the Intergovernmental Science-Policy Platform on Biodiversity and Ecosystem Services (IPBES), the report was assembled by an international team of leading researchers and provides a comprehensive view of the state of nature.

“The health of ecosystems on which we and all other species depend is deteriorating more rapidly than ever,” former IPBES Chair Sir Robert Watson said. It wasn’t all doom and gloom though – the report also told us it isn’t too late to make a difference if we act now, locally and globally.  Importantly, the 132 IPBES member states signed off on the Summary for Policymakers, which calls for transformative change to address the main drivers of biodiversity loss.

Following a summer of dramatic heat waves and forest fires, the global community came together to deliberate over an appropriate response. More than 500 delegates from 100 countries and a wide range of organizations from indigenous groups, civil society, local authorities and business, took part in the first round of official discussions for a new global biodiversity framework.

The discussions in Nairobi focused primarily on the structure and elements that will make up the framework as well as the way forward to reach a strong agreement. The process will culminate in October 2020 in Kunming, China, where Parties are expected to adopt the new framework.

The UN Secretary-General convened a Climate Action Summit that included a special focus on nature-based solutions and their potential to help limit global warming. Participants highlighted solutions that are already being deployed for mitigation and adaptation and that could be scaled up for even greater impact. 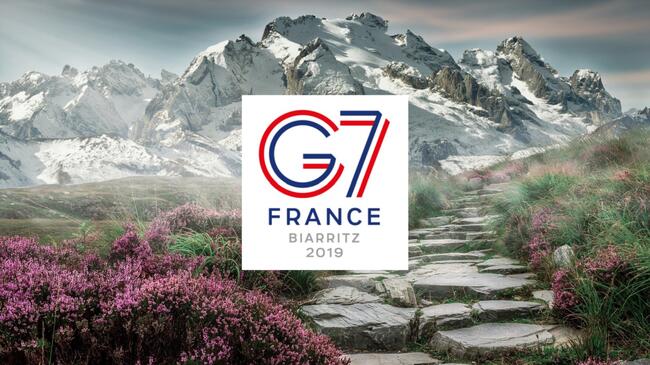 Environment ministers from the world’s largest advanced economies vowed to “accelerate and intensify our efforts to halt the biodiversity loss, to value, conserve, restore and wisely use biodiversity, thereby maintaining ecosystem services, sustaining a healthy planet and delivering benefits essential for all people.” G7 ministers signed the Metz Charter on Biodiversity during their meeting in May. Heads of state from the powerful bloc endorsed the Charter during their August Summit, vowing to take action ahead of the UN Biodiversity Conference scheduled for October 2020.

A legal victory for a small tribe in Ecuador sent a resounding message about the rights of indigenous peoples and local communities to participate in decision making related to their ancestral lands. The Waorani Nation had objected to plans to open up its territories in the Amazon for oil exploration. While the government has the right to develop the land, the court ruled that the tribe was not adequately consulted. Activists said the ruling preserves 500,000 hectares of Amazon forest and sets a precedent for other indigenous and local communities.

Though not strictly a biodiversity event, the UN’s 75th anniversary observation in 2020 will focus attention on the importance of multilateralism to solve global challenges like armed conflict, climate change, biodiversity loss and others. To mark the occasion, the UN will launch a worldwide #UN75 dialogue on the need for international cooperation to build the future we want. The negotiations for the new global biodiversity framework will serve as an important example of multilateralism during this historic year.

Join the conversation: #UN75
The United Nations Will Launch a Global Conversation Video

18 May is the date set for the release of the fifth edition of the Global Biodiversity Outlook (GBO5). This flagship periodical from the Convention on Biological Diversity provides a status check on biodiversity and the steps being taken to ensure its conservation and sustainable use. Building on the IPBES Global Assessment as well as national reports on biodiversity action, GBO5 will examine progress on the Aichi Biodiversity Targets, set to expire in 2020, and help lay the groundwork for a new global biodiversity framework.

Get ready for the release of GBO5 by reviewing the previous editions: https://www.cbd.int/gbo/

Five years after its signing, the Paris Agreement on climate change reaches a pivotal stage in 2020. Signatory countries will be asked to raise their commitments on climate action when they meet at the UN Climate Conference (COP 26) in November. It’s the end of the first 5-year cycle under the “ratcheting up” mechanism, designed to boost emissions cuts over countries’ initial pledges. This raising of ambition is essential if the world is to limit temperature rises to 1.5 degrees Celsius above pre-industrial levels and avoid the worst impacts of global warming.

World Environment Day 2020 will focus the world’s attention on the issue of biodiversity. Observed every year on 5 June, World Environment Day is celebrated by millions of people in more than 100 countries. This year, the flagship event will be hosted by Colombia in partnership with Germany.

Making the announcement during the UN Climate Change Conference in December, UN Environment Programme Executive Director Inger Andersen noted the links between climate and biodiversity: “2020 is a year for urgency, ambition and action to address the crisis facing nature; it is also an opportunity to more fully incorporate nature-based solutions into global climate action.”

Under the theme "Ecological Civilization: Building a Shared Future for All Life on Earth", the 2020 UN Biodiversity Conference is set to make history. Recognizing that governments cannot halt the decline of nature on their own, the 196 Parties to the Convention are expected to adopt a ‘global biodiversity framework’ to engage all sectors of society in safeguarding all life on earth.

Officially the fifteenth meeting of the Conference of the Parties (COP 15) to the Convention on Biological Diversity, the event is will bring thousands of delegates and interested onlookers to Kunming, China in October. Announcing the theme in September, China’s Minister of Ecology and Environment of China, Li Ganjie, said: “Human beings and nature share only one planet. Nature must be respected, sustainably used and conserved to achieve the Vision of the Convention on Biological Diversity Living in Harmony with Nature.”