Skip to main content
"Each of this year’s winners are contributing to these objectives and inspiring positive change for people and planet” -- Elizabeth Maruma Mrema, United Nations Assistant Secretary-General and CBD Executive Secretary

The MIDORI Prize for Biodiversity is a prestigious biennial international prize organized by the AEON Environmental Foundation and the CBD Secretariat. It honours individuals who have made outstanding contributions to the conservation and sustainable use of biodiversity.

This year's winners are (in alphabetical order):

The MIDORI Prize for Biodiversity aims to raise public awareness of the importance of biodiversity to human wellbeing and global issues, such as climate change, and to contribute to the objectives of the United Nations Decade on Biodiversity 2011-2020. It aims to support action for biodiversity and to inspire others by honouring individuals who have made major contributions to the conservation and sustainable use of biodiversity and by bringing attention to their achievements.

The MIDORI Prize for Biodiversity was established by the AEON Environmental Foundation in commemoration of its 20th anniversary in 2010, which coincided with the United Nations International Year of Biodiversity and the 10th Conference of the Parties to the Convention on Biological Diversity (COP 10), held in Nagoya, Japan. The MIDORI Prize for Biodiversity is an international biennial prize and this year marks its sixth edition. Sixteen Prize winners from fifteen countries have been selected so far and their work is relevant around the world. 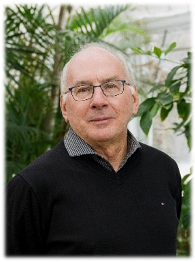 Professor, Department of Integrative Biology, University of Guelph
Dr. Paul Hebert holds a Canada Research Chair in Molecular Biodiversity at the University of Guelph where he is the Director of its Centre for Biodiversity Genomics. For the past 20 years, his research has focused on the development of an innovative technique termed DNA barcoding which can almost instantly assign any organism to its proper species. The resulting biodiversity data represent a “global public library” which now contains information on more than 10 million specimens. By establishing the International Barcode of Life Consortium, he created a research alliance which is revolutionizing our understanding of planetary biodiversity. Dr. Hebert’s work is reinforcing our appreciation for the value of nature, aiding its protection, facilitating biodiversity monitoring, and providing everyone with easy access to biodiversity knowledge. 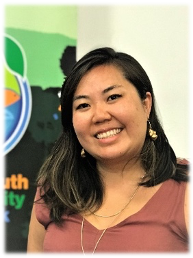 Co-founder, Global Youth Biodiversity Network
In the context of her participation in the 10th Conference of the Parties to the Convention on Biological Diversity in 2010, Ms. Melina Sakiyama met other young people who shared her vision. Together with Mr. Christian Schwarzer, she co-founded the Global Youth Biodiversity Network (GYBN), with the aim to create a global coalition of empowered youth and youth organizations to build a shared future in harmony with nature. As part of the team, Ms. Sakiyama led efforts to design capacity-building and youth empowerment programmes that supported hundreds of young leaders and youth-led biodiversity conservation initiatives, thus contributing to the implementation of the Aichi Biodiversity Targets and the objectives of the Convention. The Network comprises 551 youth groups, organizations and movements from 145 countries who participate and collaborate with each other on project implementation, policy-making and awareness-raising on biodiversity, and continues to expand across borders and issue areas. 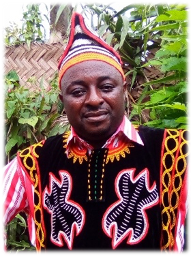 Founder, Cameroon Gender and Environment Watch (CAMGEW)
In 2007, Mr. Wirsiy founded the Cameroon Gender and Environment Watch, which focus on solutions to environmental and gender issues. The initiative works with the slogan "think globally, act locally”; it involves local communities in forest conservation and regeneration efforts to collect forest seeds and seedlings, develop tree nurseries, plant forest trees and do forest patrols. Mr. Wirsiy’s apiculture initiatives provided micro-financing opportunities for women, brought sustainable sources of income to communities and reduced bushfires drastically in the regions. He has been leading environmental educational campaign to raise the awareness of hundreds of thousands of forest people and has contributed largely in the regeneration of biodiversity hotspots. Mr. Wirsiy has empowered bee farmers and organized them to honey cooperatives to increase honey quality and quantity for a better market.